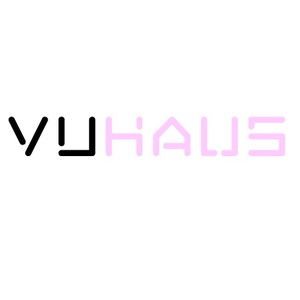 VuHaus (pronounced “view house”) is a non-profit, non-commercial organization comprised of public media’s leading Music Discovery radio stations. The human-curated, state of the art music discovery video platform features performances from the studios and events of the participating stations, and is available via mobile and ...

The VuHaus stations film local, emerging and established artists playing live music in their studios, on location, and in intimate settings, with one-of-a-kind interviews, and live performance streams. VuHaus curates this exclusive content providing a single platform for music discovery in an ever-expanding video collection from America’s most vibrant music scenes.

The VuHaus network includes WFUV in New York City, KCRW in Los Angeles, WXPN in Philadelphia, KUTX in Austin, KTBG The Bridge in Kansas City, KEXP in Seattle, KXT in Dallas/Ft. Worth, opbmusic in Portland, Mountain Stage in West Virginia, KDHX in St. Louis and Live From The Fort in Vermont.  VuHaus received initial funding from the Corporation for Public Broadcasting and is operated by its founding partner Public Media Company, a national non-profit organization focused on maximizing the impact of public media through innovation and strategic partnerships.

Public radio music stations are the engines for local and national music discovery and are the premiere conduit between artists and their fans.These stations are constantly finding the next artists and songs that will be household names soon. Artists love interacting with the Music Discovery public radio stations in VuHaus because of the real and meaningful connections they make with their fans through station concerts, in-studio performances and events.

Boulder, CO (March 9, 2017) – VuHaus adds a new Colorado affiliation to its growing network of public media organizations.  The ‘VuHaus Colorado’ page is a collaboration of six public radio stations in the state that are part of the Colorado Music Strategy, a partnership between Colorado Creative Industries and Bohemian Foundation.  VuHaus is the country-wide collective of the most influential public media stations, showcasing their music video content at VuHaus.com.

Initial stations include KJAC-FM “The Colorado Sound” in Greeley-Ft. Collins, KRCC-FM in Colorado Springs, KSJD-FM in Cortez, KVNF-FM in Paonia, KSUT-FM in Durango and KRFC-FM in Ft. Collins.  These stations joined forces to curate an all-Colorado local page on VuHaus.com/Colorado.  Other Colorado public radio stations are expected to join the collaboration soon.

“The Colorado Sound is excited to be a part of the Colorado page collaboration along with KSJD, KVNF, KRCC, KSUT and KRFC,” said Colorado Sound Program Director Benji McPhail. “The Colorado page on VuHaus would not have happened without the creative ideas and direct support from Bohemian Foundation.  All of our non-profit organizations are committed to benefiting local and emerging Colorado artists.”

In celebration of the new VuHaus Colorado page, The Colorado Sound will engage a 6-person video crew to film their first birthday on March 9, 2017 at the Aggie Theater in Fort Collins. The event includes an all Colorado artist line-up, including Paper Bird, Brent Cowles, Dragondeer and Rob Drabkin.

About KRCC:
KRCC strives to be the premier public multimedia hub for discovery, engagement, and civil discourse. Through rigorous reporting, impactful storytelling and thoughtful music curation, 91.5 KRCC serves those seeking knowledge and an authentic connection to Southern Colorado and the world at large.

About KSJD:
KSJD informs, entertains and empowers the people of the Four Corners Region of Arizona, Colorado, New Mexico and Utah, including the Ute Mountain Ute Tribe and portions of the Navajo Nation.  KSJD provides news, information and entertainment through its public radio service and The Sunflower Theatre.

About KVNF:
KVNF Community Radio has been serving the western slope of Colorado since 1979 with news programs from National Public Radio, alternative news programming, local news and current affairs and an eclectic mix of musical genres with an emphasis on independent recording artists.

About KSUT:
KSUT is a community supported public broadcasting organization serving the communities of the Four Corners, providing diverse and eclectic entertainment, education, news, and information while promoting multicultural awareness and understanding.  Founded in 1976 by the Southern Ute Tribe, KSUT is an NPR and PRI affiliate and was one of the first stations in the country to be licensed to a Native American tribe.

About KRFC:
For 14 years, volunteer-powered KRFC has been the soundtrack of northern Colorado. With an early mission to support local musicians, we helped launch the careers of notable Colorado artists Nathaniel Rateliff, SHEL, and Gregory Alan Isakov (as well as many others) by featuring them on our signature program, Live@Lunch, and playing their tracks before any other station picked them up. Based in The Music District, KRFC is Fort Collins' only locally-focused community radio station.

About VuHaus
VuHaus (pronounced “view house”) is a collaboration of public radio and television stations from across the country, deeply rooted in their local music communities. We share a common mission to support artists and be a source of music discovery for audiences around the world. VuHaus is a non-profit, non-commercial organization, with an aim to be true partners to artists while providing a unique window into the country's most vibrant music scenes.